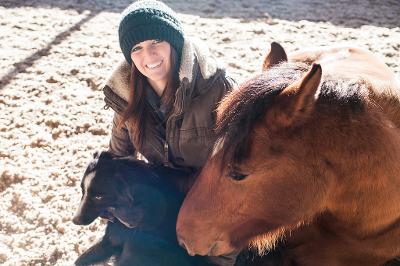 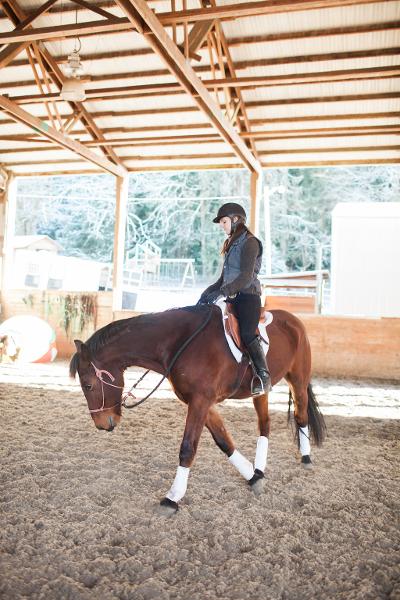 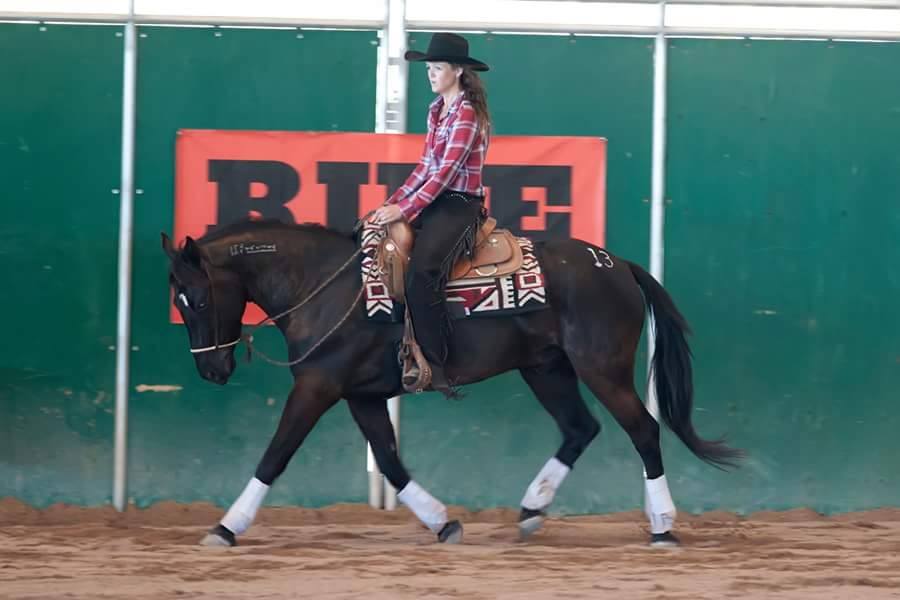 Whitney's love for horses began when she was just a little girl - begging her parents for a horse every chance she had. They enrolled her in horseback lessons when she was 7 and she quickly excelled through their riding program and eventually teaching at the summer camps a few years later.
When she was 12 her parents gifted her with her first horse as a surprise birthday present. When she was 13, she decided she wanted to devote more time to learning correct - natural - ways to communicate with horses. When she was 14, she graduated top of her class in a certification program held by select certified John Lyons trainers, Ron Valentine and Kathy Joseph and continued to perfect her riding skills. By 19, she had an opportunity to move onto a ranch in Wyoming run by world renowned horse trainer, Ken McNabb, and ride and train for him for 6 months. Since moving back home, she took time off from training, to get married, get her degree, and raise her kids but has now returned to training full force again.
Whitney has been training horses and working with riders for 12 years and was also extremely active in the Snohomish County Horse 4-H program – competing in National 4-H knowledge competitions two years in a row.
In 2009, Whitney was a selected trainer to compete in the Albany Extreme Mustang Makeover – making that her first encounter with mustangs. In the spring of 2013, Whitney bought two mustangs from the Burns, OR BLM facility, to train and compete in Mustang Million in Fort Worth, Texas. Although both Mustangs were successfully started under saddle, Whitney decided to focus on one horse only to take to the competition in FT Worth. They competed against some of the best trainers in the country, had clean rides, they finished 56th overall out of 219 riders. Even though they didn’t leave with any prize money, the relationship she built with the little mare she competed with, is something that has changed her heart forever and has forever cemented a love for the mustang in her heart.
Whitney is currently an active board member for the Mustang Yearlings/Washington Youth program and successfully assists many teens annually as a mentor trainer. She competed in the 2015 Nampa Idaho Makeover, winning two out of the 3 preliminary classes and placing in the Top 10, the 2016 Queen Creek Arizona Makeover - taking 3rd overall, and the 2016 Nampa Makeover taking 4th overall with only 25 rides on her horse! She was also invited to compete in the 2017 Mustang Magic Makeover in Ft Worth TX placing in the Top 10 and tied for 2nd in the 2017 Monroe WA makeover!
Mustangs have become a staple in Whitney's barn and a passion she will continue to give 100% towards educating the public and bringing awareness to these incredible horses <3